Sample chapter: The Middle Of Nowhere


Here's a taste of the caliber of writing you'll be buying for yourself if you decide you want to contribute enough to reserve yourself a role as a character in the book. 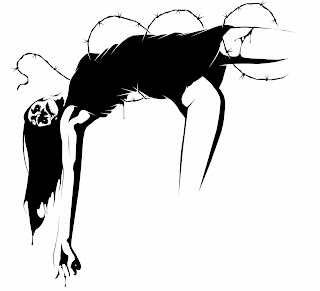 THE MIDDLE OF NOWHERE

Sean was driving north by northwest, diagonally away from the sun setting in the rearview painting the sky in indescribable tones of violet and blue.
The shortwave radio played the end of Hank Williams singing “Nobody’s Lonesome For Me” and started playing Johnny Cash singing “I Still Miss Someone”.
Sean sighed and reached over and turned the knob, turning the shortwave off.   He was already way too lonesome and low to have to listen to that song while thinking about her.   Next stop was Indianapolis to try to find his third choice.   Maybe the third time’s a charm.   Isn’t that what they say?
Posted by Scott Lefebvre at 6:42 PM